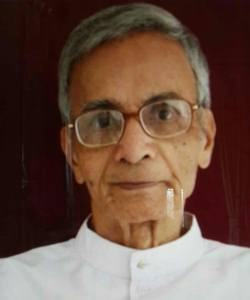 Born on May 29, 1926, Msgr Alexander D’Souza had served the diocese in Mangaluru in various capacities.

He was ordained on March 25, 1952, after which he served Bendore and Urwa parishes as assistant parish priest.

In 1955, he left for Rome to complete his studies, and after his return in 1958, he was appointed ICYM diocesan director. He also rendered service as director of council of women.

In 1961, he took charge as the editor of Raknno Konkani weekly, and continued till 1973.

In 1972, he was appointed vicar general of Mangaluru diocese, and also served as director of Father Muller Hospital from 1988 to 1991.

The funeral rites will be held at Valencia Church on Monday August 24 at 9.30 am.