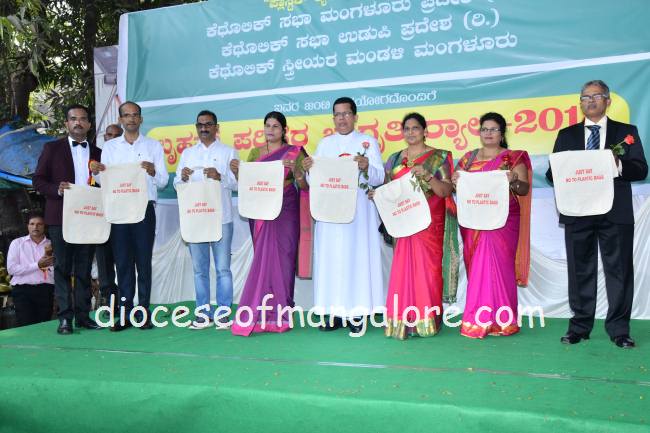 ‘Striyarigagi Sarakara’, a book containing information of government schemes for women, authored by Prof Steven Quadros was released on the occasion.

Before the inaugural ceremony, ‘Save Environment’ rally was held from Kadri-Mallikatta to the venue. Pius L Rodrigues, member, Karnataka Pollution Control Board, inaugurated the rally. Thousands of women, students and members of Catholic Sabha participated in the rally.