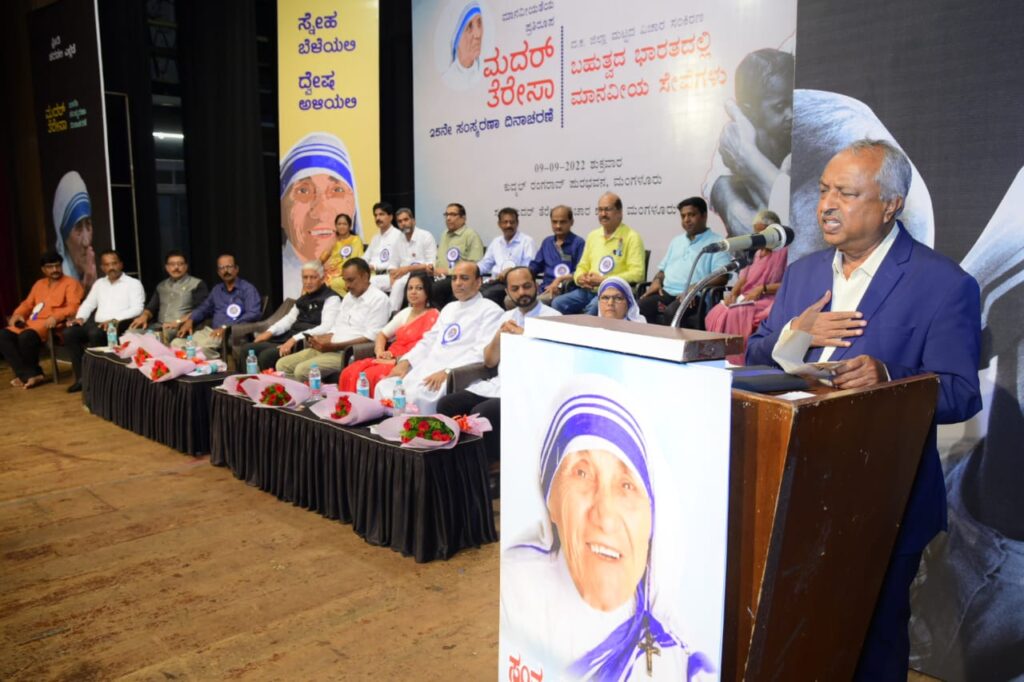 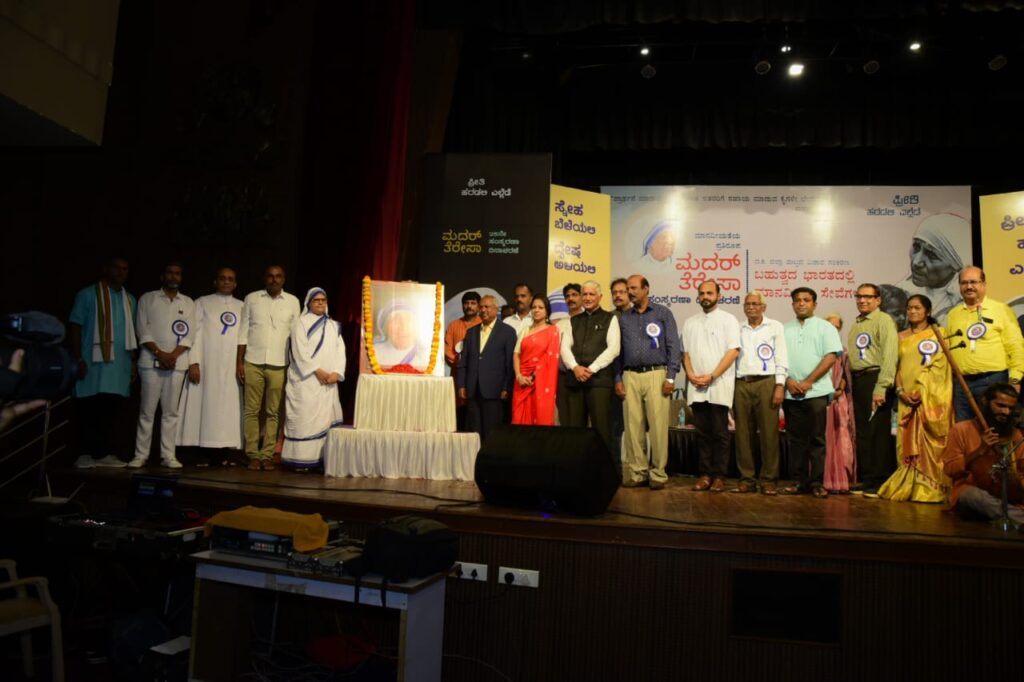 MANGALORE, SEPT 09: ‘Santha Mother Theresa Vichara Vedike’, a stage shared by more than 25 organisations and 125 members  from the district organised a district level symposium on the theme “Humanitarian services in Pluralistic India” to commemorate the 25th Death Anniversary of St Mother Teresa on September 9, 2022 at Kudmal Rangarav Town Hall, Mangalore.

The programme was presided over by Mr Roy Castelino, PRO of Mangalore Diocese and was inaugurated by Justice H.N. Nagamohan Das, retired judge of the Karnataka High Court.

Justice H.N. Nagamohan Das said, “Not all can become one more St Mother Theresa, but we all can certainly adapt her noble values by living them in our daily life.”

He further said, “Values like tolerance, morality and equality can be seen in our neighbourhood, village, city and then in the entire state only when it begins at home.”

Emphasising on Secularism in India, Justice H. N. Das said, “A secular state is the one which differentiates politics from religion. A state shall not have its own religion. Religious sentiments must be dispensed from politics. It’s unfortunate that we are part of this system. The life and mission of St Mother Theresa is an inspiration to bring change in this pluralistic State.”

The Main Speaker of the day Ms Pallavi Idoor presented her thoughts on the subject “Humanitarian services in Pluralistic India.”  Referring to research statistics, Ms Idoor said, “While almost all religions believe in charity, Christians stand out in almsgiving. It’s because Christians believe charity as the highest form of love.”

In his response Very Rev. Fr J. B. Saldanha, PRO of Mangalore Diocese and parish priest of Bejai Church said “The holiness that radiates from the little figure of Mother Theresa inspires me always.”

Shri Muneer Katipalla, thinker, social activist and state president of Democratic Youth Federation of India (DYFI) said, “We need to cross boundaries to spread love everywhere. Artificial solidarity and respect to religions must cease to witness the natural love of all religions.”

The president of the programme Mr Roy Castelino, PRO of Diocese of Mangalore, in his opening remarks said, “The purpose of organising this event is to live and relive St Mother Teresa by spreading love everywhere and by creating a place of solidarity, equality and fraternity.”

To mark this celebration a variety of competitions at the district level were organised for school and college students. All winners were felicitated with prizes by the dignitaries.

Priests, religious sisters, political leaders, seminarians, college students and people of all faiths without caste, creed and colour were present.

“Preethiya Sinchana” a short cultural programme was followed after the stage programme.