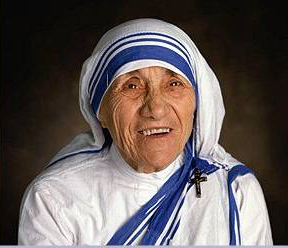 Besides the Vatican News Service, official news agency of the Roman Catholic Church, leading Catholic newspaper from Italy, Avvenire, also reported that Pope Francis cleared the second miracle after a panel of experts attributed the miraculous healing of a Brazilian man with multiple brain tumours to Mother Teresa.

Earlier in 2002, Vatican had accepted the healing of an abdominal tumour of Monica Besra, a tribal woman from Bengal.

While Besra had said that her tumour was cured following hours of prayer and wearing a locket with Mother Teresa’s photograph, a number of doctors accepted the diminishing size of her tumour as miraculous. Mother Teresa, 87, passed away in 1997 at Kolkata and was beatified in 2003 by the late Pope John Paul II after the miraculous healing of Besra.

While the process of canonisation needs two miracles, with both miracles being accepted by the Vatican, the ceremony to canonise Mother Teresa is expected to take place soon. Mother Teresa, who became known as Blessed Teresa of Calcutta after beatification, will be known as Saint Teresa after the canonisation is made official.

The National Catholic Reporter, a leading Church publication, however, reported quoting Father Federico Lombardi, a Vatican spokesperson, that the date is “only hypothetical and cannot be confirmed”.

Father Lombardi said in response to reports that the MoC founder will be canonised before the end of the Holy Year of Mercy.

“It is a working hypothesis, therefore there is no official confirmation to be given,” he said. The Holy Year of Mercy began on December 8.

Father Brian Kolodiejchuk, the Postulator or the Vatican-appointed official in charge of overseeing the process of Mother Teresa’s canonisation, explained the process of accepting the second miracle.

“On 10 September of this year, the medical commission voted unanimously that the cure is inexplicable in the light of present-day medical knowledge. On 8 October the theological commission also voted unanimously that there was a perfect connection of cause and effect between the invocation of Mother Teresa and the scientifically inexplicable healing,” he said in a statement.

Father Kolodiejchuk further said that while the miracle received the final approval of the Cardinals and Bishops of the Congregation for the Causes of Saints on December 15, the date of canonisation will be officially announced in the next Consistory of Cardinals.

Amidst the tsunami of reports from around the globe, Sisters of MoC in Kolkata are delighted after receiving the news. “We’re very happy and grateful to God,” said MoC spokesperson Sister Christie.
Archbishop Thomas D’Souza of Kolkata said, “It’s a real Christmas gift the Holy Father has given, especially for the Church in Kolkata. We were waiting for this moment, since many years really, and now that it has come we are very happy, overjoyed.” he said.

“Her entire life was spent in service to the poor…she was reflecting God’s love here among the poorest of the poor, and so it comes as a very significant event in this Year of Mercy that the Holy Father has given to the Church,” the Archbishop added.